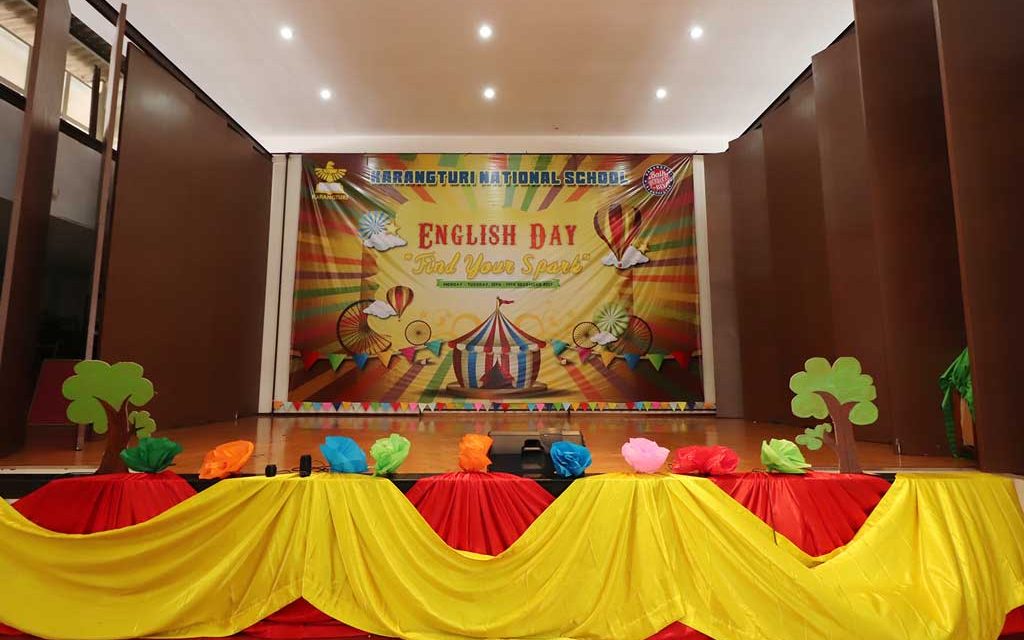 Karangturi Elementary School held an annual English event which is called as “English Day”. This event was held on 18 – 19 December 2017 in the school hall “The Sien Tjo” of Karangturi Elementary School. This is a big event which was held by English Department of Karangturi National School. All students participated in this event. Even, parents were also invited to come to this event. In this year, English Day picked a big theme which is “Find Your Spark”. It aimed to facilitate the students to find and show their action which could lead them to a greater result. Moreover, it also facilitated the students to develop not only their academic skills but also their personal characters and senses. The process of preparation for the performances would really build students’ character and skills. It also helped the students to advance their four skills in English; speaking, listening, reading, and writing, because they did not only work on the performances, but they would also listen, read, write, and speak at the same time. There were some activities and performances which were held in this event. The first is students’ performances. Each grade presented their performances in front of parents, teachers, and friends. It was handled by each English teacher. The performances were presented for two days, based on the grade. The second is fun class activities. Each grade had fun English activities in the classroom. It was handled by each English teacher with help from the subject teachers. The activities were held for two days, based on the grade. The next is exhibition of students’ works. Students’ works during English class were exhibited to parents, teachers, and other students. The works were in the form of comic, poster, drawing, etc. They were exhibited for two days. The other activity is games booths. There were four booths with fun games for parents, teachers, and students to play. The games booths were handled by English teachers and some students who had been assigned. It was available for two days. In the second day of this event, a video of students’ comment about English learning was also played and shown. There was also a drama entitled “Little Red Riding Hood” which was collaboration from higher grade students from grade 4, 5, and 6. This event was closed by a performance from other subject teachers who acted as students with the uniform and told the students to be good students in this modern era. It was so entertaining for the students and also other teachers. 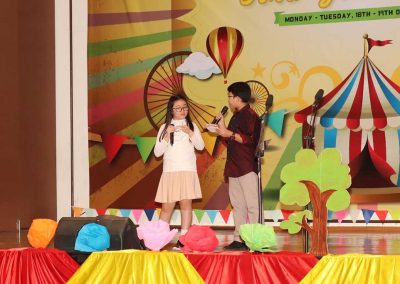 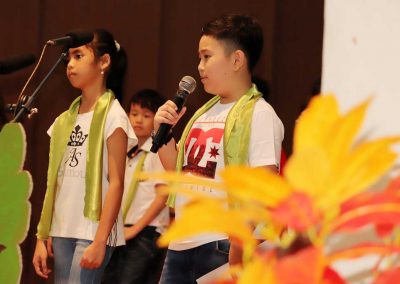 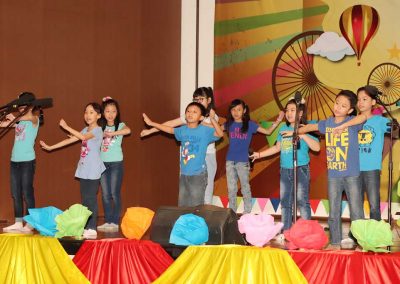 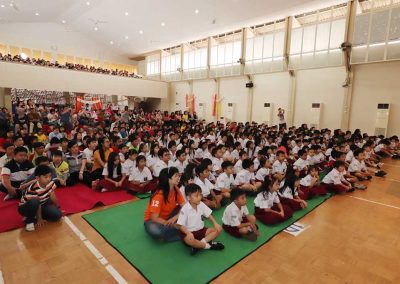 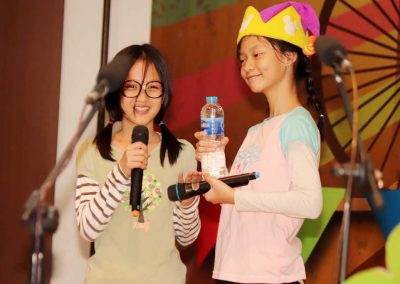 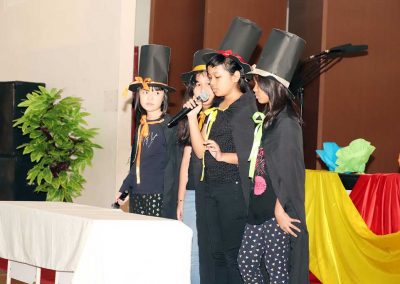 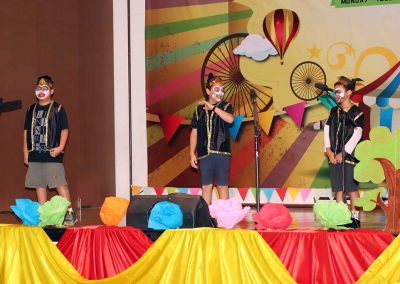 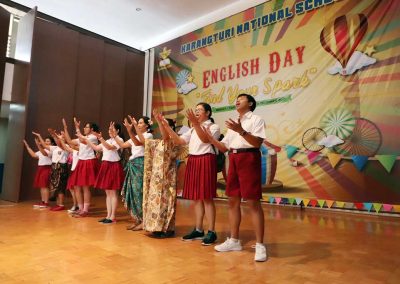 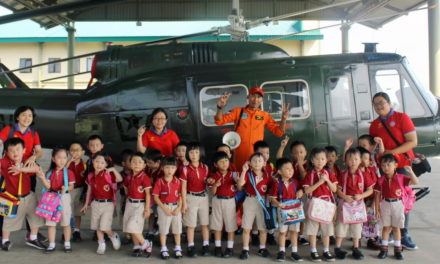 The Series of “Jumputan” 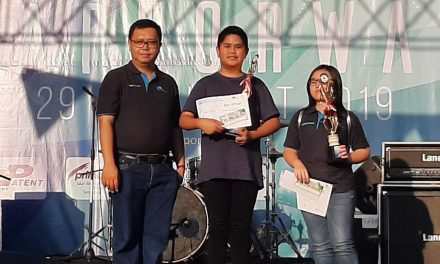